In this collaborative project, motion graphics artists and teams were assigned to create short segments based off of the theme 'balance.' At Loyalkaspar, I co-directed our 5-second segment exploring the idea of Karma.

Our segment was submitted to and finished by this project’s director Michael Waldron.

With this year’s theme ‘balance‘ in mind, we decided to spend some time brainstorming for a direction. We wanted our piece to be about more than just physical balance. 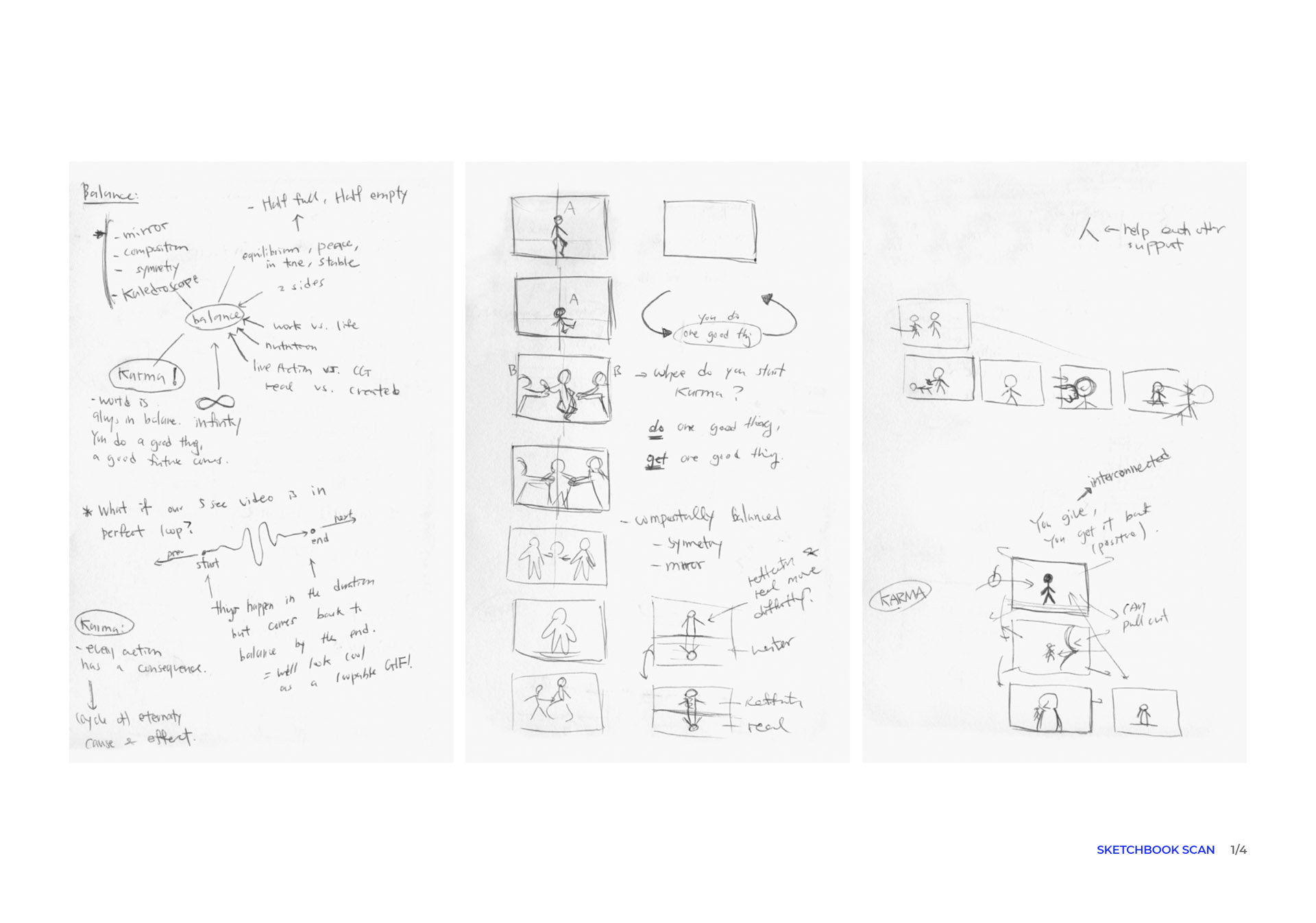 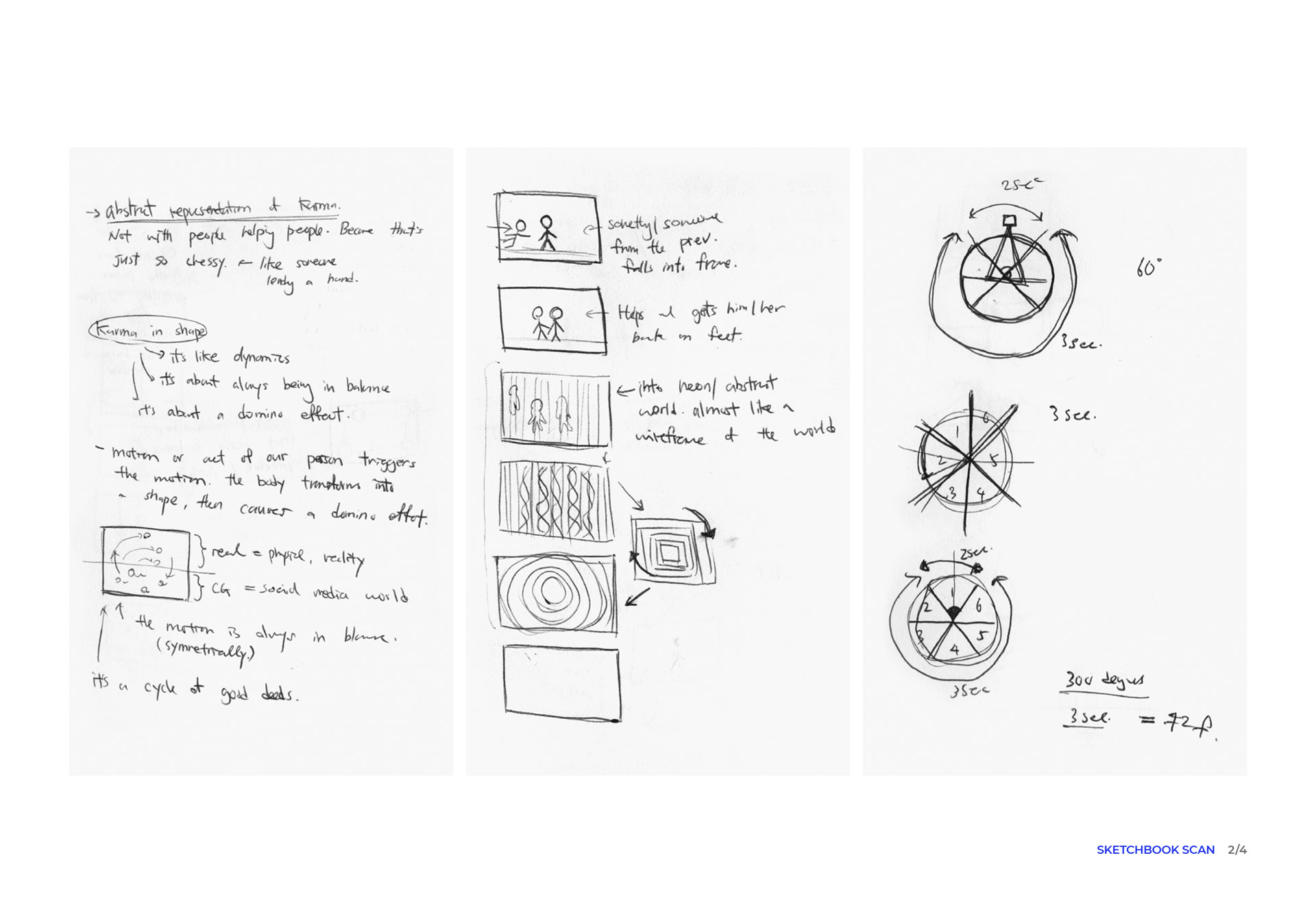 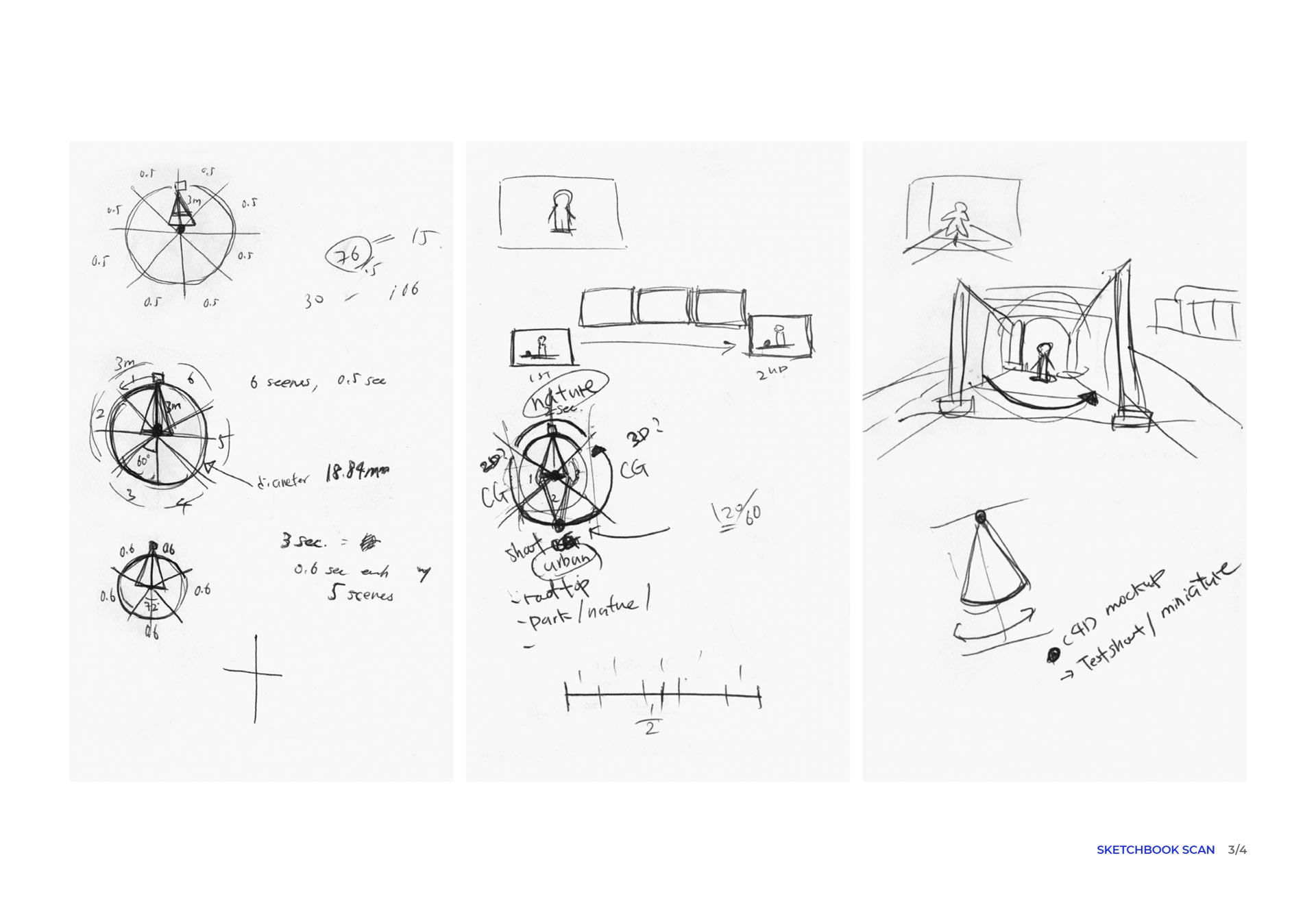 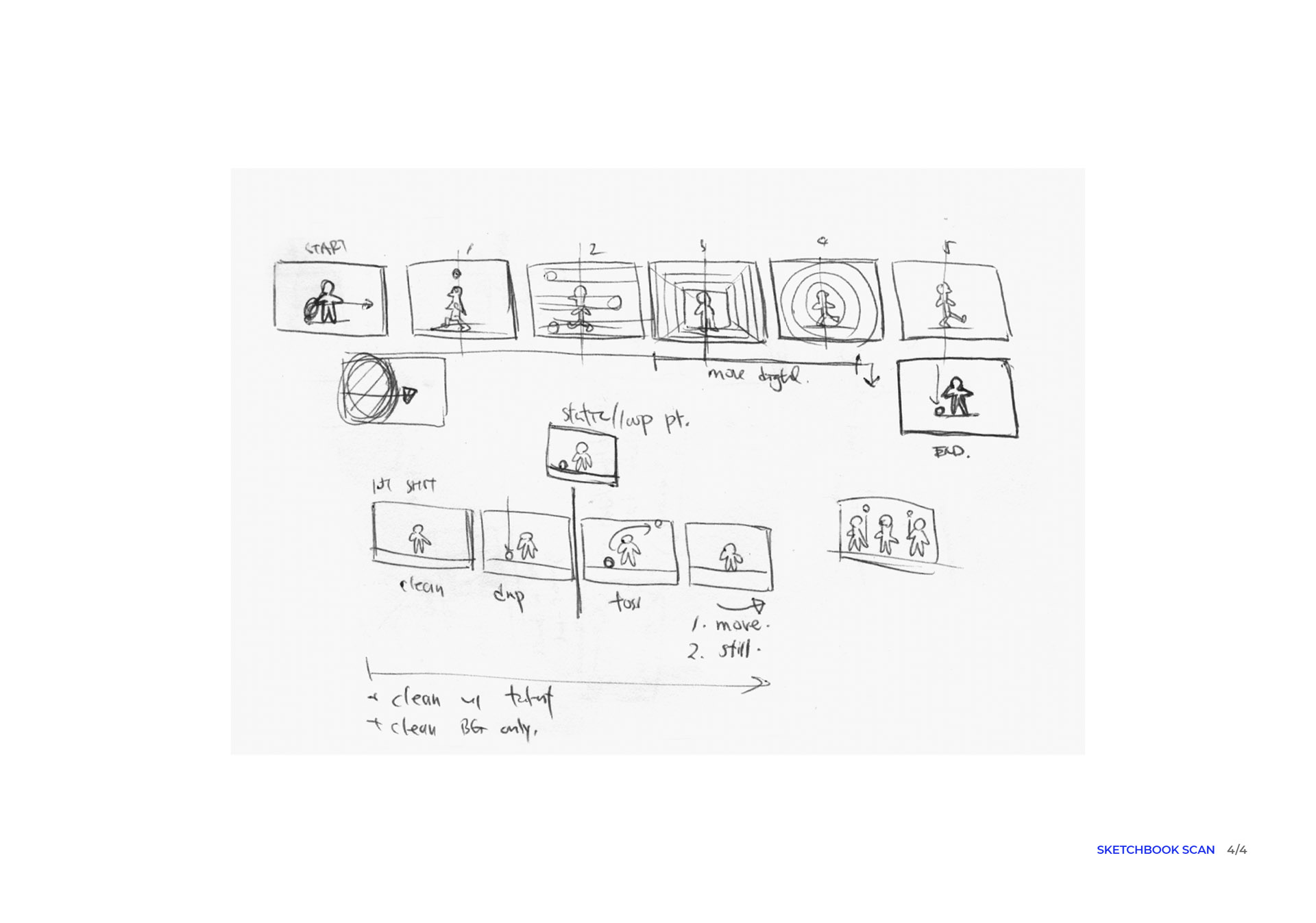 Karma is the universal law of balance by which all things are bound. The law of karma is also a law of opposites and of persistence. Karma is also the name of Loyalkaspar’s house font. We decided to create an animation which demonstrates both juxtapositiaon and continuity, while exploring the concept of karma through an infinite loop. At the center of karma is the idea of cause and effect.

What Goes Around, Comes Around. The subject performs an action, represented by throwing a paper plane. The paper plane transcends time and space and comes back to the hands of the subject to complete a cycle of karma. The camera physically draws a full circle throughout the animation with the subject being the pivot point.

As we divided up the 360 degree camera movement into 4 scenes, we came up with the idea of assigning environments of oppositing quality: Urban vs. Natural: A contrast between man-made and organic scenes Physical vs. Digital: A contrast between live-action and CG scenes We looked for locations that were flat and open to accomodate a rotating camera around the subject. We also considered the direction of the camera and how shadow would be cast on the ground from one scene to the next.

Prospect Park was ideal because of its heavily wooded areas and a spot where repeated vertical lines would mirror a city skyline.

A Brooklyn rooftop perfectly captures all the elements of an urban aesthetic: rich brick reds and cool concrete grays, atmospheric perspective and an irregular grid.

First, we made a playblast in Cinema 4D in order to properly position our subject and create a camera move. It helped determine the necessary open space, camera height and focal length of the lens. It also gave us the flexibility to explore timing and pacing before a going into production.

7. THE PHYSICAL MANIFESTATION OF KEYFRAMES

After we visualized the animation, our challenge was to recreate the scene and camera movement as precisely as possible. We began to brainstorm ways to replicate the 360-shot with available time and tools.

In order to calculate our camera’s movement, we spawned a particle at the camera’s location each frame and then calculated the linear distance and rotation between each particle in meters. This method gave us values we could replicate practically. Big props to David for creating this xpresso system that made this happen.

After extracting the measurements from Cinema 4D, we constructed a string with markers for each keyframe spaced appropriately. This ‘keyframe rope’ was then placed in a circle around our pivot point using a fixed length string. Since the measurements were all done ahead of time, no measurements had to be done on set.

For scenes 2 and 4, we decided to shoot the subject against a clean cyc in the studio due to limited time and daylight we had at the production stage. We realized that our studio space was not big enough to set up the same rig used outdoor. Instead of moving the camera on an arc, we built a second rig that allowed us to rotate the subject in relation to the camera per frame. We went back and modified the playblast file, and fed the camera rotation values into our subject. The camera, on the contrary, was now locked facing the subject straight. With the angle measurements of the subject from Cinema 4D, we made a ‘protractor,’ where each keyframe was represented by a spoke. We were able to replicate the frames in great precision using this system and a controlled shooting enviornment.

The team consisted of: